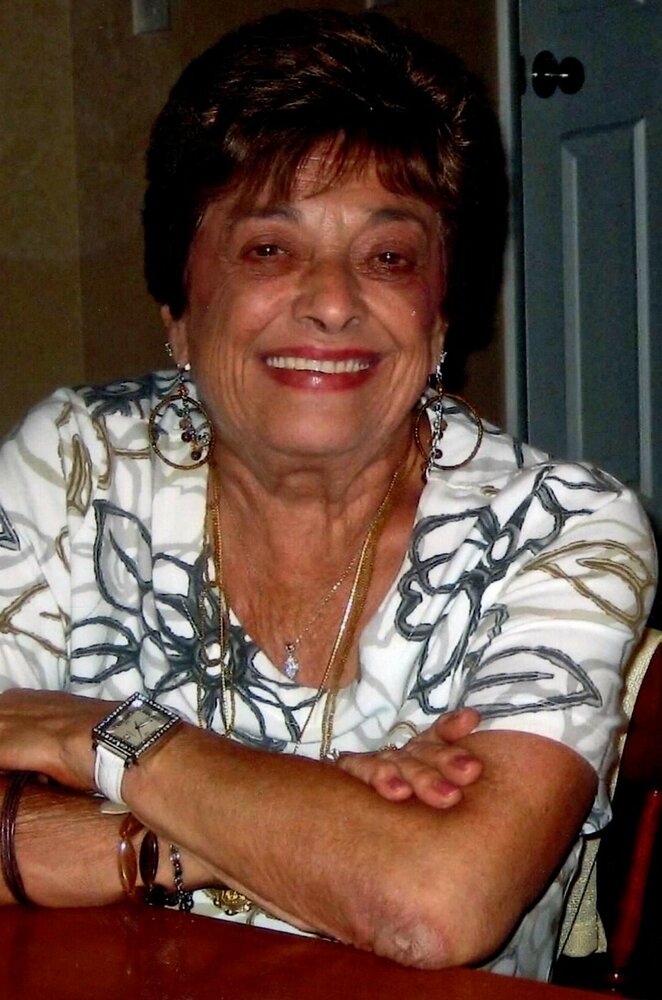 Please share a memory of Joan to include in a keepsake book for family and friends.
View Tribute Book
Joan “Dolly” M. Trusso 89, formally of 13 Arnold Street, passed away peacefully on Tuesday January 24, 2023 surrounded by her family in Greenhurst Nursing Home and Rehabilitation Center. She was a lifelong resident of Jamestown NY and a 1954 graduate of Jamestown High School. Dolly loved cooking and baking in high school, which allowed her to enter a baking contest. Her baking was so good, it earned her the title of Cherry Pie Queen of New York State. Cooking, baking and entertaining for family and friends was something she loved to do, as well as getting together with her “ladies card club” for over 40 years. Dolly was a communicant of St James Roman Catholic Church, where she was very active in the St James Alter and Rosary Society, as well as serving as a Eucharist minister, providing the in-firmed with communion, conversation and prayer. After graduating from high school, she Dolly married her high school sweetheart Philip on August 6, 1955. Dolly also attended New Penn Beauty school where she received her beauty license. She also enjoyed her time working for Quality Market as a demo lady, loving being referred to as “Demo Dolly”. Dolly was preceded in death by her husband and love of her life Philip J Trusso, who passed away September 29,2012, and her son in law David G Emerling who passed away September 21, 2020. Dolly is survived by her daughter Sylvia A Emerling and her daughter and son in law Pamela J and James J Mistretta , four grandchildren Jessica Mistretta Jimmy Mistretta Rachelle (Steve ) Soto and Reanne Mistretta , and two great grandchildren Zeke and Ava Soto, her brother in law Sebastian “Busty” Trusso and her sister in law Anita Pace, and several nieces and nephews and beloved friends. Arrangements entrusted to Riccardi’s Hubert Funeral Home. A Mass of Christian burial will be held at St James Roman Catholic Church located at 27 Allen Street Jamestown, New York and will be announced by the family at later date. In lieu of flowers memorials can be made to UPMC Hillman Cancer Center. Send a condolence by visiting www.hubertfuneralhome.com
To send flowers to the family or plant a tree in memory of Joan Trusso, please visit Tribute Store

Look inside to read what others have shared
Family and friends are coming together online to create a special keepsake. Every memory left on the online obituary will be automatically included in this book.
View Tribute Book
Services for Joan Trusso
There are no events scheduled. You can still show your support by sending flowers directly to the family, or planting a memorial tree in memory of Joan Trusso.
Visit the Tribute Store
Share A Memory
Send Flowers
Plant a Tree