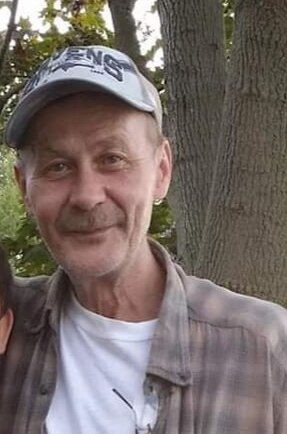 Please share a memory of Randal to include in a keepsake book for family and friends.
View Tribute Book
Randal Carl "Randy" Edstrom, passed away peacefully of natural causes, at the age of 63 on October 10, 2022. He resided at the Cameo apartments on 5th Street in Jamestown, New York. Randy was born on January 17, 1959, to parents Carl Clifford Edstrom and Marilyn Anne Johnson Edstrom. Randal graduated from Jamestown High School in 1977. He was married to Shelly M Traver. Randy is survived by his siblings, Christine (John) Haskins, Mark (Elaine) Edstrom and Karen (Carl) Lundberg, his daughter Kristy (Chris Lamper) Edstrom, his son, Craig (Sara) Edstrom his grandchildren, Charles Edstrom, Kendra Spetz, and Kinsey Lamper. his niece Kelly Edstrom, and nephews Tom Lundberg, Kevin and Paul Edstrom Randal was preceded in death by His mother, Marilyn A Edstrom on September 22, 2008, His father, Carl C Edstrom on December 12, 2001, his brother Tom Edstrom on May 31, 2017, and his son Charles Carl Edstrom on May 23, 2003. Randy was employed by Jamestown Metal, then for Chautauqua Lake Association, Bush Industries, KK and S Landscaping and Whirley in Warren, PA, then he decided to retire. Randy enjoyed bowling, baseball, football, basketball, fishing, camping, playing cards and having a joke now and then. He was a fan of the New York Mets, Cleveland Browns and the Baltimore Ravens. He loved his children and grandchildren very much. He loved going on picnics with them, teaching them how to fish, and play board games, going to the beach, swimming and playing frisbee. Arrangements entrusted to Riccardi’s Hubert Funeral Home. A celebration of life will be held at Christ Church on Sunday Oct 30,2022, 3:00pm at 3010 Route 430 Bemus Point, New York with Reverend Ned Lindstrom. In lieu of flowers and donations can be sent to Christ Church. Send a condolence by visiting www.hubertfuneralhome.com
To send flowers to the family or plant a tree in memory of Randal Edstrom, please visit Tribute Store

Look inside to read what others have shared
Family and friends are coming together online to create a special keepsake. Every memory left on the online obituary will be automatically included in this book.
View Tribute Book
Services for Randal Edstrom
There are no events scheduled. You can still show your support by sending flowers directly to the family, or planting a memorial tree in memory of Randal Edstrom.
Visit the Tribute Store
Share A Memory
Send Flowers
Plant a Tree