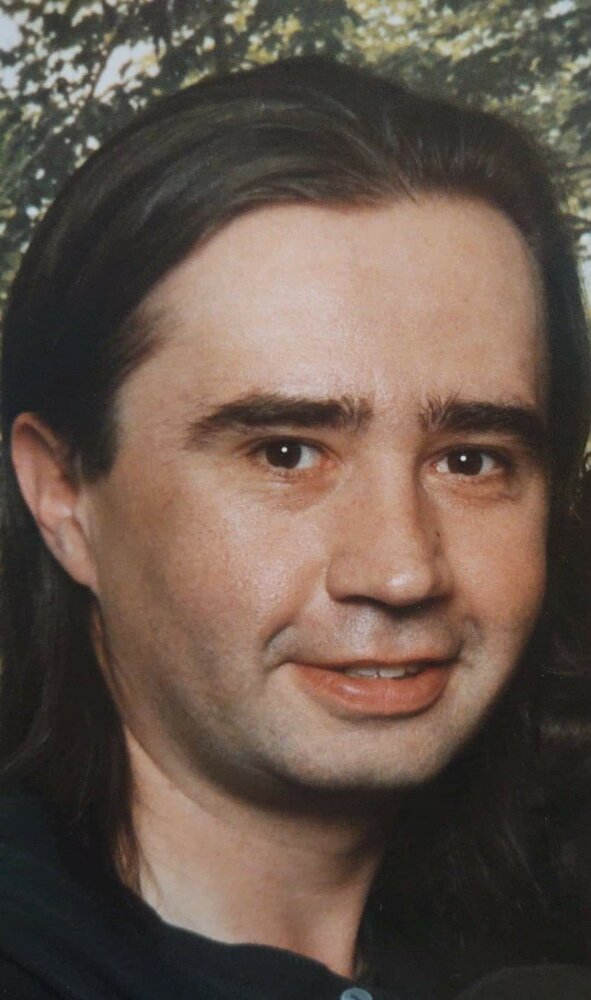 Please share a memory of Robert to include in a keepsake book for family and friends.
View Tribute Book
Robert Karl Stingel, 58 of Jamestown died October 18, 2022, unexpectedly from a heart attack in his home. He was Born July 15, 1964, in Jamestown to Charles Stingel Sr. and Dorothy Johnson Stingel Kelley. He was raised by his mother Dorothy Johnson Kelley and his loving Stepfather Bruce Kelley. Robert is survived by His three sisters, Darlene (Robert) Carswell, of Fort Myers FL, Brenda Whitney of Jamestown NY, and Pamela (Marc) Palmeri of Jamestown, his three Brothers, Harry “Butch” (Amy) Marsh, Charles Stingel Jr, Bruce Stingel all of Jamestown NY, and his longtime friend Amylynn (Charles) Stafford. Also surviving are many nieces and nephews. Robert was preceded in death by his father, his mother, and two brothers, Byron Stingel and Scott Stingel. He served time in The United States Army after his graduation from Panama, NY Central School. Robert was a line cook at several different local restaurants and made many friends along the way. He enjoyed to read, listen to music and video games. Robert loved to spend time with family and friends. He liked explore and to try out new places to dine out. Robert will be deeply missed. Arrangements entrusted to Riccardi’s Hubert Funeral Home. As per his request visitation will not be observed. Condolences and fond memories may be made on his Facebook page or by visiting www.hubertfuneralhome.com
To send flowers to the family or plant a tree in memory of Robert Stingel, please visit Tribute Store

Look inside to read what others have shared
Family and friends are coming together online to create a special keepsake. Every memory left on the online obituary will be automatically included in this book.
View Tribute Book
Services for Robert Stingel
There are no events scheduled. You can still show your support by sending flowers directly to the family, or planting a memorial tree in memory of Robert Stingel.
Visit the Tribute Store
Share A Memory
Send Flowers
Plant a Tree