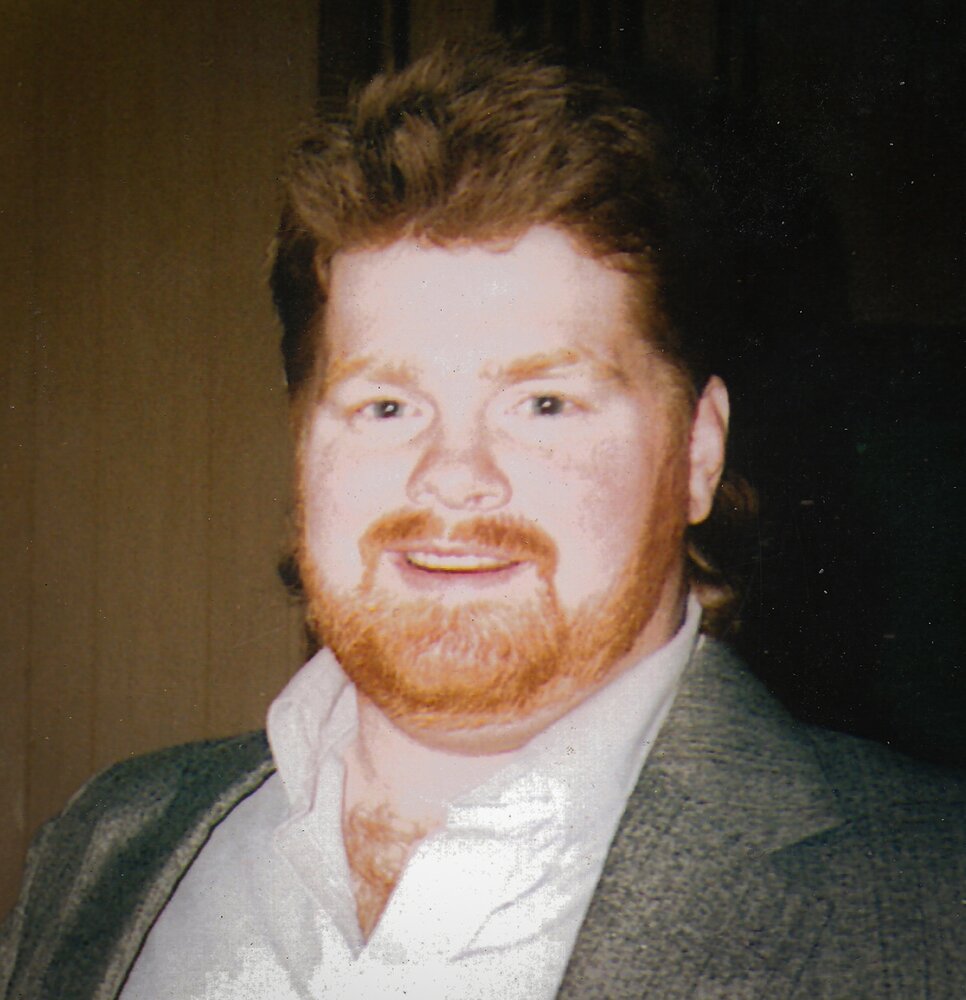 Please share a memory of Jeffrey to include in a keepsake book for family and friends.
View Tribute Book
Jeffrey Allan Johnson, 57, (affectionately known as Big Red) passed away on August 31, 2022, at UPMC Hamot, surrounded by his family. He was born on January 15, 1965 to Gail and Joan (Hornstrom) Johnson in Jamestown, New York. Jeff was raised in Watts Flats and graduated from Panama Central School in 1983. After graduation, he began working at Dawson Metal Company in Jamestown, New York, where he remained a loyal employee for 35 years and made many wonderful friends. Jeff was a true friend to everyone he met. He had the gift of making a room warmer and funnier just by being in it. He was an avid sports fan and especially loved to cheer on his Buffalo Bills. Jeff was a proud and dedicated family man. His children and grandchildren were an immense source of pride for him. He was the sweetest soul, deeply loved by so many. They certainly broke the mold when he was made, and he will be greatly missed. Jeff is survived by his children: Brandi (Jonathan) Bankowski, Tara (Dan) Auflick, and Derek (Krystin) Johnson; his grandchildren: Ava, Reese, and Ivy-Kate; his mother: Joan Johnson; and his brother: Andy (Terrie) Johnson. He is also survived by many nieces: Kristin, Ashley, Morgan, Sheena, Briana, Dacota, Miranda, Hanna, Haley, and Taylor; and a nephew: Jacob. Also surviving is the mother of his children and friend, Emily Sard. Jeff is preceded in death by his father, Gail Johnson, and his sister, Michelle Johnson-Anderson. We would like to express our sincerest thanks to his coworkers, friends, and family, near and far, who provided support during a difficult time. So many went above and beyond, which will never be forgotten. Arrangements entrusted to Riccardi’s Hubert Funeral Home. In accordance with Jeff’s wishes, there will be no funeral or calling hours. At a future date, a private celebration of life will be held. Send a condolence by visiting www.hubertfuneralhome.com
To send flowers to the family or plant a tree in memory of Jeffrey Johnson, please visit Tribute Store

Look inside to read what others have shared
Family and friends are coming together online to create a special keepsake. Every memory left on the online obituary will be automatically included in this book.
View Tribute Book
Services for Jeffrey Johnson
There are no events scheduled. You can still show your support by sending flowers directly to the family, or planting a memorial tree in memory of Jeffrey Johnson.
Visit the Tribute Store
Share A Memory
Send Flowers
Plant a Tree