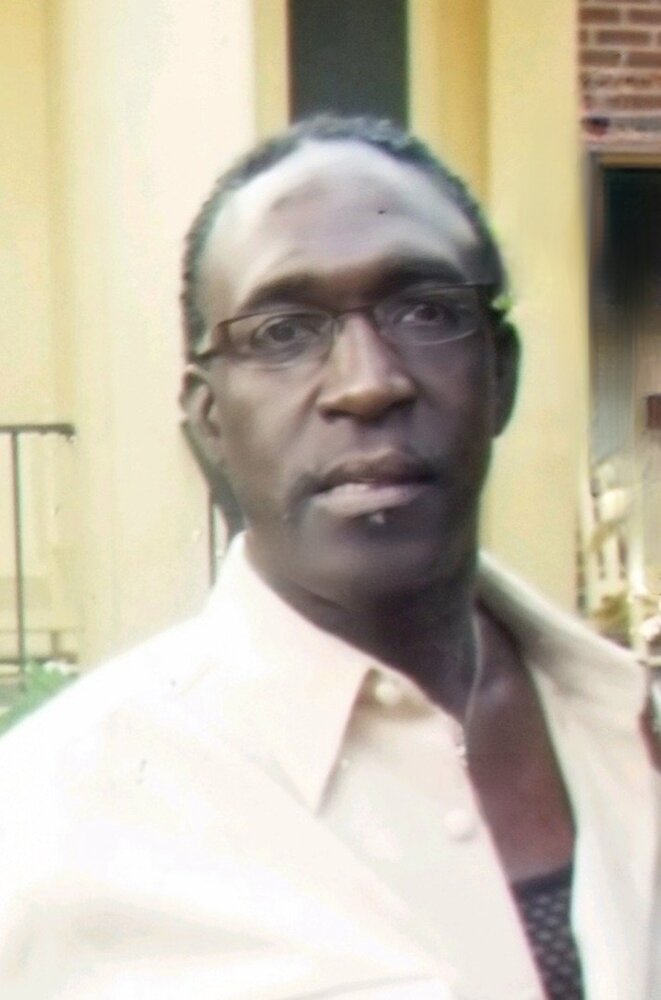 Please share a memory of Terrance to include in a keepsake book for family and friends.
View Tribute Book
Terry Lamar Thomas born August 13th, 1958 to parents Gloria Williams in Hutting Arkansas and the deceased Frankie Boyette of Hutting Arkansas. Terry leaves behind to cherish in his memory, his mother Gloria Williams of Boston, his wife of 30 years Vanessa Thomas, his nine sisters, Sherry Williams, Willie Mae Williams, Washetha Williams, Lecian Williams, Angie Boyette, Sharon Boyette, Monique Boyette, Shawana Boyette and Jackie Boyette, his two brothers, Troy Boyette, Keith Boyette, as well as several other siblings his two sons, Kairi Lamar James Thomas of Boston, MA and Savantuay Boyette of Jamestown, NY, his four grandchildren, Anthony Joseph Thomas, Kairi Lamar James Thomas Jr and Wester Boyette. Also surviving are several nieces, nephews, aunts, cousins and friends. Terry was Predeceased by his father, Frank Boyette and his sister Tammy Boyette. Terry spent his early years in Chicago with his father before returning to Arkansas with his mother and 2 sisters at that time, Terry relocated to Hyannis, MA in 1962 then Newberry Port, then to Boston, MA where he resided in Jamaica Plain during his teenage and early adult years, relocating to New York in the early 80's Terry attended Phillip Brooks Elementary School, Curly Middle School and English High School completing the 11th grade. Terry worked at Polaroid for several years, Blue Cross Blue Shield, New England Medical and Zayers. Terry enjoyed church was very vocal at it, he was a man of good, loved cooking southern food, traveling, always looking sharp, he was very stylish 24/7, he loved to shop. He was a dresser, he took pride in the way he looked, everything must be in place. It didn't take much to please him, a clean house, good food and a sharp wardrobe, a nice car. Terry accepted Jesus Christ; he was going to school to be a minister of Gospel. Terry growing up in Jamaica Plain, he had a very close friendship with Ricky Healy, they were inseparable, 2 peas in a pod, whenever they would get together, they would just talk, laugh and reminisce about their childhood. Arrangements entrusted to Riccardi’s Hubert Funeral Home. Terry’s memorial service will be held Saturday July 2, 2022 2pm at Family Church of Jamestown and is open to all family and friends. Livestream the service at fcjamestown.org Send a condolence by visiting www.hubertfuneralhome.com
To send flowers to the family or plant a tree in memory of Terrance Thomas, please visit Tribute Store

Look inside to read what others have shared
Family and friends are coming together online to create a special keepsake. Every memory left on the online obituary will be automatically included in this book.
View Tribute Book
Services for Terrance Thomas
There are no events scheduled. You can still show your support by sending flowers directly to the family, or planting a memorial tree in memory of Terrance Thomas.
Visit the Tribute Store
Share A Memory
Send Flowers
Plant a Tree