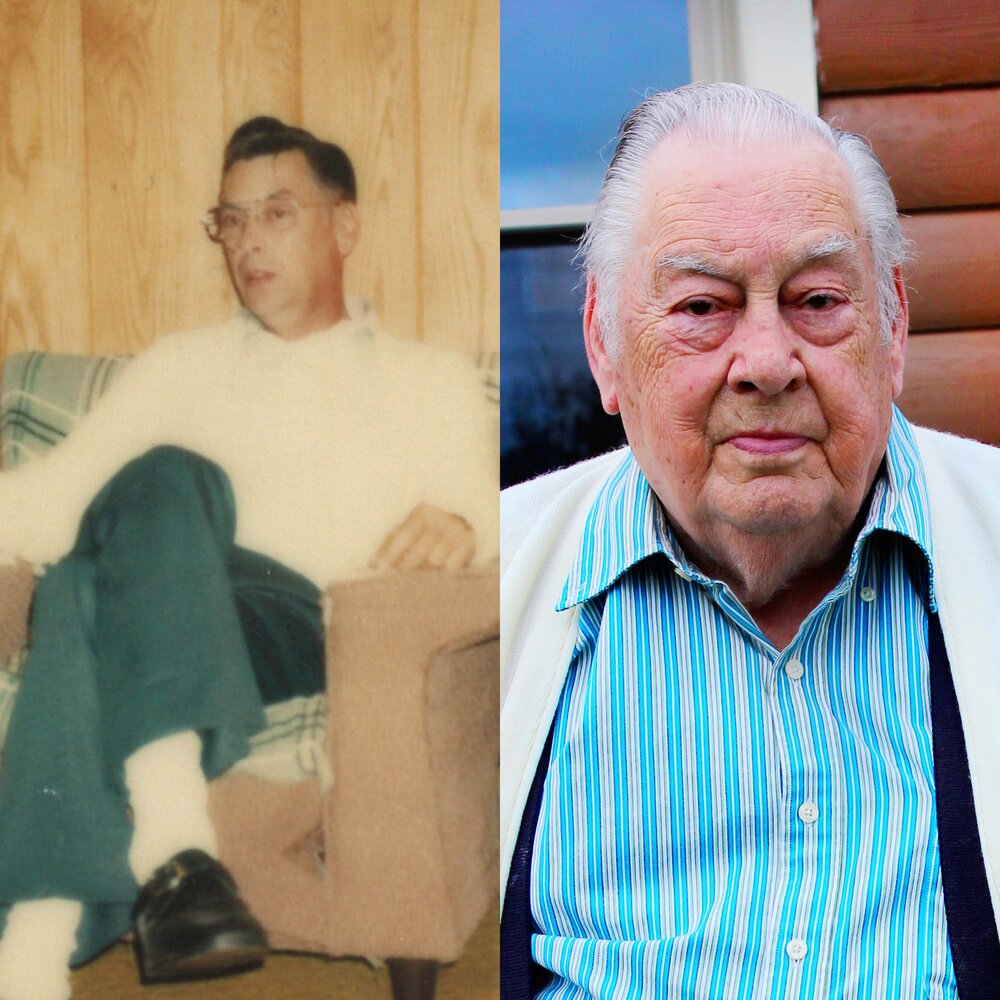 Please share a memory of Jack to include in a keepsake book for family and friends.
View Tribute Book
Jack Eugene Fisher, 93, currently of Jamestown, N.Y. died peacefully in his sleep on May 23, 2022. He was born on May 29, 1928, in Philipi, W.V. and raised in the nearby Tygert Valley. He grew up surrounded by the bluegrass music of Appalachia performed by his parents (‘Happy Mountaineers’), family and friends, while learning the art of woodworking from his father. At Beverly High School, Jack was known for his basketball acumen and graduated as salutatorian of his class in 1947. After graduation, Jack began a series of furniture and engineering apprenticeships which led him to Boonville, N.Y. where he met Anna Mae Merriam at the local ice cream shop. Jack and Anna Mae were married on November 24, 1949, in Boonville. He began his career with Jamestown Table Company which brought him and Anna Mae to western New York. After Ethan Allen Furniture acquired Jamestown Table Company, Jack became Superintendent of the Salamanca manufacturing plant. He worked for Ethan Allen the remainder of his career, rising to the position of Quality Control Engineer for the Eastern Seaboard. After his 50+ year career, Jack retired at the age of 70. After retirement, he found a love for paintings images of his past in West Virginia, Vermont, and the many other places his family had lived. Jack was an avid reader, an aficionado of Westerns, as well as an adventurous and talented chef; yet somehow, he also found the time to build and restore clocks. Jack is preceded in death by his wife, Anna Mae Fisher; his parents, Fred and Leedona Fisher; his daughter-in-law, Marlene Fisher; and his brothers, Dick and Tom Fisher. He is survived by his children: David (Judy) Fisher, Dan (Jill) Fisher, Leslie (Peter) Vattimo and Mark Fisher; his grandchildren: Sarah (Jason) Bowen, Daniel (Amanda) Fisher, Leanna (Dan) Watson, Bryan Fisher, Vanessa (Steve Hall) Weinert, Stephanie Fisher, Alexandra (Ben Hicks) Weinert, David (Serena Chow Fisher) Fisher and Katie (Will Breedlove) Fisher; and other nieces and nephews. He felt truly blessed to be able to meet his seven great-grandchildren: Zara, Gia, Miles, Isla, Emma, Violet and Leif. Arrangements entrusted to Riccardi’s Hubert Funeral Home. Private services will be held at the convenience of the family with his final resting place next to his wife in Lake View Cemetery in Jamestown. In lieu of flowers, memorials may be given to the Chautauqua County Humane Society. Send a condolence by visiting www.hubertfuneralhome.com
To send flowers to the family or plant a tree in memory of Jack Fisher, please visit Tribute Store

Look inside to read what others have shared
Family and friends are coming together online to create a special keepsake. Every memory left on the online obituary will be automatically included in this book.
View Tribute Book
Services for Jack Fisher
There are no events scheduled. You can still show your support by sending flowers directly to the family, or planting a memorial tree in memory of Jack Fisher.
Visit the Tribute Store
Share A Memory
Send Flowers
Plant a Tree