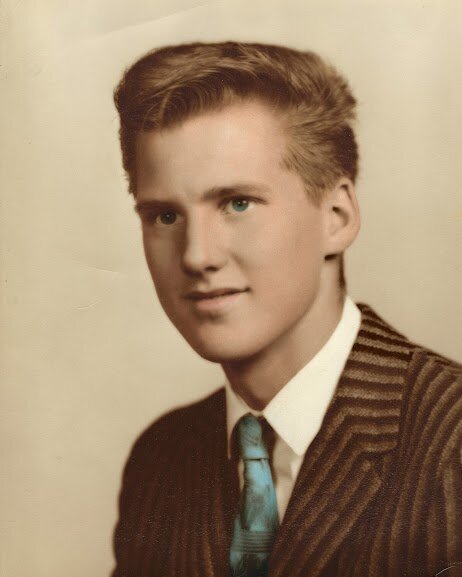 Please share a memory of John to include in a keepsake book for family and friends.
View Tribute Book
John M. Widegren, Sr. John Martin Widegren, Sr., 81, of West Ellicott, passed away on Thursday, December 2, 2021 at his home, surrounded by his family. He was born on May 24, 1940 in Jamestown, New York, a son of the late Martin Emil and Elmira Sara (Harrison) Widegren. Growing up in West Ellicott, he attended area schools and was involved in band, orchestra, and chorus. His earliest jobs included shoveling driveways, raking leaves, weeding gardens, and mowing lawns. He was also a member of the Boy Scouts, served on the staff at Camp Merz as a lifeguard, and became an Eagle Scout in 1956. He graduated from Southwestern Central School in 1958. In early years, he worked at Anderson Cleaners, Birchman's Grocery, and as a lifeguard at Bar-B-Ranch Pool in Busti. John was a veteran of the United States Navy, having enlisted on March 18, 1959 and served in the engineering department on board the Barnegat-class seaplane tender U.S.S. Duxbury Bay (AVP-38). He sailed throughout the Mediterranean, the Middle East, and around Africa and was honorably discharged on May 4, 1961. After the Navy, John worked at Worsted Mills and then at Ring Punch from 1962 to 1964. John married the former Faith Madeline Johnson on May 22, 1964 at the Brooklyn Heights Methodist Church in Jamestown. John took classes at Jamestown Community College and had an apprenticeship at Premium Tool and Die Corporation, in which he became a certified Journeyman Mold Maker on December 12, 1967. In the late 1960s, the Widegrens moved to Lakewood, where they raised their three children. After his apprenticeship, John worked at Reliance Mold and Die before returning to Premium in the early 1970s. He also worked at Truck-Lite, Jamestown Design, BarMold, and Alliance Mold. He returned to Reliance in the late 1970s, was promoted to foreman in the early 1980s, and retired from there in 2000. After retirement, John and Faith lived in Sun City, Arizona from 2000 to 2002, Jamestown, New York from 2002 to 2008, and Fort Myers, Florida from 2008 to 2010, before returning to the area, residing in West Ellicott since 2010. John's hobbies included golfing, boating, and traveling. He always enjoyed working on home improvement projects, from interior work to landscaping, both small jobs to entire remodeling projects. He enjoyed watching golf, old westerns, science and history documentaries, and keeping up with current events, politics, and the economy. John was very meticulous, from organizing his tools and files to the upkeep of his lawn. He had a dry sense of humor that always amused his family and close friends. John enjoyed pepperoni pizza and Pepsi from his favorite restaurant, Pizza Hut; he also had a sweet tooth and loved cookies and ice cream. He was a wonderful husband, father, grandfather, and enjoyed spending time with his family. He is survived by his wife of 57 years, Faith Widegren of West Ellicott; three children: Amy (Gregg) Kolstee of Jamestown, New York; John Widegren, Jr. of Smyrna, Tennessee; and Tara Widegren of Fort Myers, Florida; nine grandchildren: Andrew Kolstee of Jamestown, New York; Leisha (Cage) Arthurs of Murfreesboro, Tennessee; Alex Kolstee of Jamestown, New York; Brittani McLaughlin of Kenner, Louisiana; Adam, Sydney, and Lily Widegren of College Grove, Tennessee; Jaimyn Howie of Fort Myers, Florida; and Drae Allen of Fort Myers, Florida; his brother-in-law Richard Devereaux of West Ellicott, New York; and his best friend, Lynn (Barb) Carlson of Jamestown, New York. He was preceded in death by his father, Martin Widegren, on November 19, 1990, his mother, Elmira Harrison Widegren on February 18, 1994, and his sister, Mary Widegren Devereaux, on November 23, 2021. Arrangements are entrusted to Riccardi’s Hubert Funeral Home. A private service will be held at the convenience of the family. A public memorial service will be held later next year. Burial will be in Sunset Hill Cemetery. In lieu of flowers, the family requests that donations be made to Chautauqua Hospice and Palliative Care (20 W. Fairmount Ave, Lakewood, NY 14750). Send a condolence by visiting www.hubertfuneralhome.com
To send flowers to the family or plant a tree in memory of John Widegren, please visit Tribute Store

Look inside to read what others have shared
Family and friends are coming together online to create a special keepsake. Every memory left on the online obituary will be automatically included in this book.
View Tribute Book
Services for John Widegren
There are no events scheduled. You can still show your support by sending flowers directly to the family, or planting a memorial tree in memory of John Widegren.
Visit the Tribute Store
Share A Memory
Send Flowers
Plant a Tree