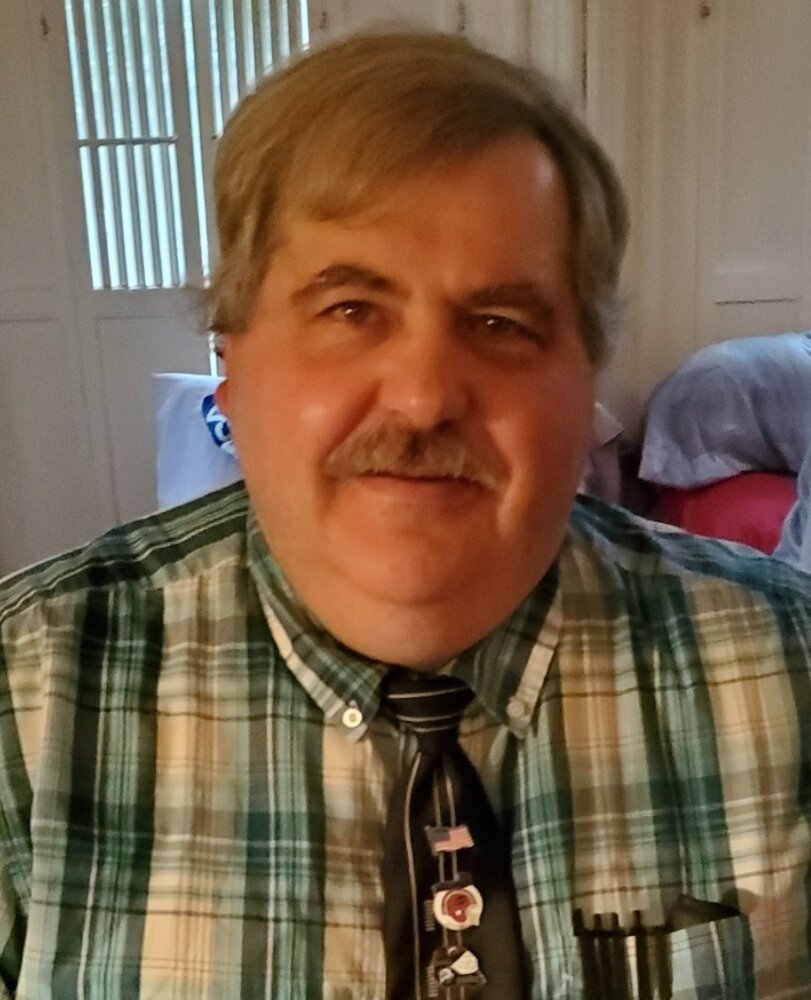 Obituary of Victor B Karas Jr

Please share a memory of Victor to include in a keepsake book for family and friends.
View Tribute Book
Victor B. Karas III, age 56, 129 South Main Street, Jamestown, went home to be with his Lord on Monday, October 18 at UPMC. He was born in Children's Hospital in Buffalo, NY on May 28, 1965, son of the late Victor Karas, Sr. and Helen Marceau Karas. He was a graduate of Frewsburg High School. He also received a GED. He worked in environmental services as a custodian at UPMC and the City of Jamestown. He married his high school sweetheart, Lisa M. Von Volen on July 8, 1989. They were blessed with two children, Victor Karas III and Sarah Karas, both of Jamestown. His family was central to his life. His granddaughter, Madelyne, was a real joy to him. Victor accepted Jesus Christ as his personal Savior at Kennedy Baptist Church at a youth event. He was a key member at Lighthouse Baptist Church for more than 30 years. He was a driver for the bus ministry, a Sunday school teacher, a trustee and officer, usher and cleaned the church. His church family will greatly miss him. Victor was a super fan of the Buffalo Bills. He met several of the Bills' players including Jim Kelly. He loved all sports and could quote statistics from any team. His wife's uncles were Bruce and Bill Bergey who played football and were in Super Bowls. He always loved to talk to them and was so proud to be related to them. Also, he had a vast knowledge of musicians' lives and their music. He is survived by his wife, children, and grandchild and his mother. His brother, Edwin (Tina) Karas (Kentucky), and two sisters, Helen (Steve) Jackson (Holiday, Florida) and Ethel (David) Saldana (West Seneca, NY). His nieces and nephews were Jason Karas, Brianna Karas, and Josh (Summer) Von Volen. Arrangements entrusted to Riccardi’s Hubert Funeral Home. A memorial service for family and close friends will be held at Lighthouse Baptist Church, 381 Camp Street, Jamestown, on Tuesday, October 26 at 11 am. There will be a celebration of his life on Saturday, May 28, 2021, his birthday at the church. Send a condolence by visiting www.hubertfuneralhome.com
To send flowers to the family or plant a tree in memory of Victor Karas Jr, please visit Tribute Store

Look inside to read what others have shared
Family and friends are coming together online to create a special keepsake. Every memory left on the online obituary will be automatically included in this book.
View Tribute Book
Services for Victor Karas Jr
There are no events scheduled. You can still show your support by sending flowers directly to the family, or planting a memorial tree in memory of Victor Karas Jr.
Visit the Tribute Store
Share A Memory
Send Flowers
Plant a Tree