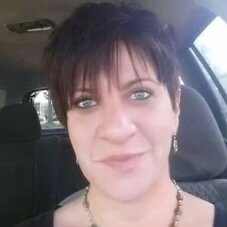 Please share a memory of Maria to include in a keepsake book for family and friends.
View Tribute Book
In loving memory of Maria Ann Russo age 43 of Falconer NY passed away on October 4, 2021 surrounded by her family. She was born April 7, 1978 to Gloria and Samuel Russo in Olean NY. Maria married her life partner Keith Luttrell in 2013. Maria is survived by her mother Gloria Kepler, her brothers Robert Russo, Paul Russo and her sister Gloria Russo Haddad (Michael), her daughters Nicole Gullotti (Joseph), Myranda Walters (Chad), and her 5 beloved grandchildren, Alexandra and Joseph Gullotti, Bella, Sophia and Jackson Walters, her step siblings, Stephine McMurdy, Ronald Kepler Jr., and Patricia Kepler, Nieces and nephews: Shane Patterson, Noah Davison, Robert Russo, Joey Stutzman, Taylor Person, Cailey Matteson, Tony Russo, Christopher S. Skuggen, Thomas Haddad, and Nicholas Haddad. Maria was proceeded in death by her Father Samuel Joseph Russo her brother Samuel James Russo, her uncles Henry Diers and Antonino Calamunci, her cousin Rose Kepler Havers, and her Step parent, Ronald Kepler Sr. Maria had a love for painting, she built her business, “Exteriors by Maria” in 2013. She left her artistic touch on many buildings in Jamestown. Maria loved her grandchildren more than anything; she would want them to know “she loves them to the moon and back” as she frequently told them. She enjoyed hosting holiday gatherings, vacationing, visiting and taking photos of scenic locations, spa days with her daughters, and spending time with her nieces and nephews. Calling hours will be held Monday October 11, 2021 from 6pm-8pm at Riccardi’s Hubert Funeral Home. A private burial will take place at Lakeview Cemetery Jamestown, NY. Send a condolence by visiting www.hubertfuneralhome.com
To send flowers to the family or plant a tree in memory of Maria Russo, please visit Tribute Store

Look inside to read what others have shared
Family and friends are coming together online to create a special keepsake. Every memory left on the online obituary will be automatically included in this book.
View Tribute Book
Services for Maria Russo
There are no events scheduled. You can still show your support by sending flowers directly to the family, or planting a memorial tree in memory of Maria Russo.
Visit the Tribute Store
Share A Memory
Send Flowers
Plant a Tree