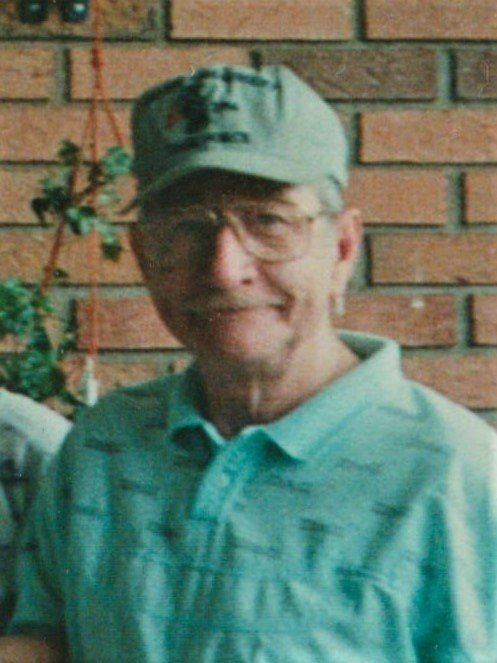 Please share a memory of Ronald to include in a keepsake book for family and friends.
View Tribute Book
Ronald Blair, Ron, 86, of Frewsburg, New York passed away July 20, 2021 at UPMC Hamot Hospital in Erie, PA. He was born September 9, 1934 to parents Chester and Lois Blair in Olean, New York. Ron graduated from Bradford High School in Bradford, Pennsylvania in 1952 where we participated in marching band and studied art. He served in the United States Army from 1954 to 1956 and was stationed at Fort Riley Kansas and Bamberg, Germany. He enjoyed riding his Harley motorcycles and was a member of the Zippo Riders Motorcycle Club of Bradford, PA. Ron was a furniture carver and supervisor at the former Jamestown Lounge Company and designed and made production samples Master Carvers of Jamestown, before beginning his own custom sign business. His work can be found in and around the Frewsburg area. Ron moved to Frewsburg in 1974, bought his much-loved cabin in the woods, and lived there until his death. He was an avid reader, enjoyed meeting friends for breakfast at the Dinner Bell, and loved spending time out in nature. He was a long-time member of the NRA and the Carroll Rod and Gun Club, held an amateur radio license, and operated a ham radio for several years. Ron is survived by his daughter Johnna Blair of State College, Pennsylvania, and son Bryan (Esther) Blair Gainesville, Florida; brother Philip (Sharon) Blair of Allegany, New York; sister Lorraine of Sanford, Florida, two grandchildren, and two great grandchildren. He was predeceased by parents, Chester, and Lois. The memorial service will be held on Monday, August 2, 2021 at Riccardi’s Hubert Funeral Home in Jamestown, New York. Visitation will be from 10-11am, followed by a brief message from the Reverend Mike Sanders. The interment will be at Allegany Cemetery in Allegany, New York. Send a condolence by visiting www.hubertfuneralhome.com
To send flowers to the family or plant a tree in memory of Ronald Blair, please visit Tribute Store
Monday
2
August