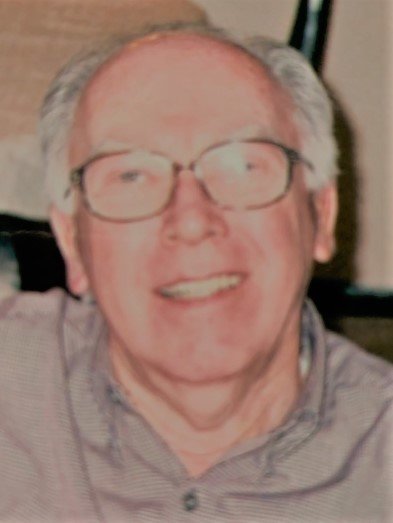 Bill was born on November 3, 1929 in Erie, PA the son of Martin and Henaietta Lounsbury Ahl.

He was a 1948 graduate of Academy High School, Erie PA and a 1952 graduate of Thiel College, Greenville, PA.

On August 8, 1952 Bill married his wife of 67 years, Claire Rankin Ahl. In 1951, Bill enlisted in the United States Air Force. He completed OCS and went on to be a munitions officer. He was honorably discharged in 1952 as a first Lieutenant.

Bill joined Paine, Webber, Jackson, and Curtis as an investment broker in Erie, PA. He later became manager of the office and also established an office in Jamestown, NY. He went on to become the national training director for Paine Webber and relocated to Stamford, CT. Bill was a member of the testing committee for the New York Stock Exchange. He later became a regional manager and relocated to Kansas City. In Kansas City he was a member of Atonement Lutheran Church in Overland Park, KS and served on the advisory board of junior achievement.

Besides his parents, Bill was predeceased by his brother, Irwin Ahl.

As per the request of the family no memorial service or visitation will be observed.

Memoriam donations may be made to The Wounded Warrior Project.

The family would like to give special thanks to the dialysis staff at Brooks Memorial, and UPMC Hospital (Davita), Jamestown, and the kind caregivers at Heritage Green Nursing facility.