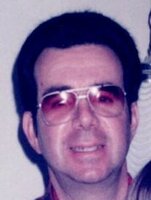 William J. “Bill” Baggiano of 30 Elliott Ave Jamestown, NY passed away at his home on June 12, 2022. He was born on July 1, 1951. Bill was preceded in death by his father Biaggio “Bill” Baggiano and Carmela “Carm” Baggiano nee Tilaro. Bill was a member of the Jamestown High School class of 1969. He continued his education at Jamestown Community College, receiving an associate’s degree in 1971 and completed studies at SUNY Fredonia. He was awarded a bachelor’s degree in education in May 1974. After a stint as a U.S. Customs agent working at the Peace Bridge in Buffalo, NY Bill returned home to Jamestown. He was employed as a USPS letter carrier for 28 years. He retired from the postal service in October 2002. Bill was an avid sports fan all his life. He played golf with the postal league and particularly enjoyed talking about the Bills and Sabres with his nephew Chris. Bill is survived by his brother Maurice (Karen), his nephew, Christian of Austin, TX and his niece, Ana-Nicole of Albany, GA. Arrangements entrusted to Riccardi’s Hubert Funeral Home. Visitation will not be observed. A prayer service and interment of ashes is scheduled for Aug 11 at 1:00 p.m. at Holy Sepulcher Cemetery. Send a condolence by visiting www.hubertfuneralhome.com “Amazing grace how sweet the sound. I once was lost but now am found. Was blind but now can see.”