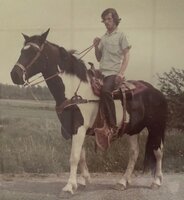 Leonard Ingrao Jr, 68 of Jamestown passed away May 18, 2022 at UPMC Hamot. He was born June 16, 1953 in Jamestown NY a son of Leonard Sr and Mami Ortolano Ingrao. Leonard was a jack of all trades. He loved to be outdoors mowing the lawn or just enjoying nature. Len was an avid fisherman and hunter. He was the self-proclaimed “king of the whitetail”. Len enjoyed cooking for his family and friends. He trained horses as a hobby. Len was very generous with his time often helping friends and neighbors with tasks as small as helping with the cows or a large as helping to build a home. Lenny’s greatest love was for his family. Spending time with his grandchildren was his special joy. He will be deeply missed by all who knew him. Lenoard is survived by his wife, Kim Carlson Ingrao, his children, Tammy, Laura, Sara and Angelo, his grandchildren, Ronnie, Lillian, Noah, Kiara, Wyatt and Maverick, his siblings, Grace Walburg, Linda Schwerk, Kathy Meachum, Marie LaRusch, Rosemary Lombardo and Debbie Himes all of Jamestown. Leonard was preceded in death by his father Leonard Ingrao Sr on August 14, 2002, his mother Mamie Ingrao on November 6, 1999, his brother Joseph Ingrao on December 17, 2002, his sister Carolyn Hamilton on December 29, 2006, his brother Paul Ingrao on January 12, 2014 and his nephew, Billie Jo Himes on August 9, 2013. Calling hours will be held Tuesday May 24, 2022 and Wednesday May 25, 2022 from 5pm-7pm at Riccardi’s Hubert Funeral Home. Burial will be held Thursday May 26, 2022 11am at Holy Cross Cemetery, Jamestown NY. Send a condolence by visiting www.hubertfuneralhome.com