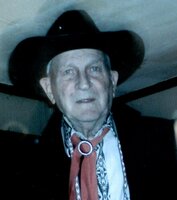 David J Latona, 92 of Jamestown passed away February 2, 2022 at Heritage Green. He was born April 25, 1929 in Jamestown a son of John and Ethelyn Latona. David was a United States Army Veteran. He was a farmer by trade and loved to work on tractors and trucks. He enjoyed Country western music and square dancing. He loved his dog Molly. David was a member of the VFW and the American legion. David will be deeply missed. David is survived by his sister, Perscilla Calanni, his children, Debra Ann Parker of CA, April McCabe of CA, and Greg Latona of CA, and his niece and caretaker, Perscilla (David) Cosme. Also surviving are several grandchildren, nieces and nephews. David was preceded in death by his parents, his brother, Lloyd Latona and his sister, Doris Waite. A special thanks to all the kind people At Chautauqua Hospice and palliative care. Arrangements entrusted to Riccardi’s Hubert Funeral Home. A celebration of life will be held at a later date. Send a condolence by visiting www.hubertfuneralhome.