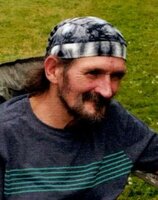 Randall Wayne Smith (Randy) 58, Of Jamestown passed away with his wife, Elaine by his side on Saturday January 29, 2022 after a short battle of stage 4 lung cancer. He was born July 17, 1963 to the late Melvin (Sonny) and Shirley Smith. Randy was a 1982 Graduate of Southwestern Central School. Randy was married on January 16, 1988 to his beloved wife Elaine Smith for 34 years. He was survived by: His wife Elaine and his three children, Alicia (Christopher) Decker, Jacob (Danielle) Smith and Christopher Smith all from Jamestown. His grandchildren (Jacob)Kalie, Brayden and Jaxson Smith; (Alicia) Kyla, Draven, Paityn Decker and Ashlynn Howard; (Christopher) Carolynn Smith. His brother David (Robin) Smith of Panama, His sister Debra (Larry) Maloy-Smith of Jamestown, His sister Jeanne Smith of Busti and his brother Brett (Lisa) Smith of Sugar Grove, Pa, His brother-in-law Jon Comstock of Warren, Pa. And his beloved nieces and nephews, David Marotto, Tony Marotto, Stephanie Miraglia, Taylor Smith, Christine Munson, Steve Maloy, Bradley Smith, Brittany Smith, and Deklin Comstock. He was predeceased by His parents, Melvin (Sonny) and Shirley Smith, his sister-in-law Lisa Edwards and his best friend for over 15 years, Greg Harwood. He was employed by Echo tool and die for over 10 years, later became a maintenance man for many years. He was a member of Chautauqua Lake fishing Association, The Amvets post 50 of sugar Grove, pa and Llama club of Ashville. Along with everyone knowing about his green thumb he also enjoyed going to many music festivals, you would find him july 4th weekend hanging out at his designated tree listening to music at the Blue Heron Music Festival. He also enjoyed spending his summers at his camp with his grandchildren. Visitation will be held on Friday February 4, 2022 from 5 to 7 pm at Riccardi’s Hubert funeral home. We will be celebrating his life after the visitation at the Llama club in Ashville. Send a condolence by visiting www.hubertfuneralhome.com